Stay Up-to-Date On The Latest From
Fins & Feathers

3 Days on the Secure River | Bolivia

Part 2 of the Bolivian Trilogy. This would be titled something like "3 Days of My Life...Gone!" This is a recap of the mis-adventures of our 3 days at the Secure Lodge on in Tsimane country, Bolivia. Our hosts were the gracious folks at Untamed Angling and depsite what I may think, they really do an amazing job given their remoteness and logistical challenges!

As I think I mentioned, the river we were to fish the next few days (Secure) was dirty to the point that there was maybe a half-inch of visibility. Nevertheless, Golden Dorado are always hungry, so the plan was to spend the day pounding out 70-90’ cast after cast, only to be interrupted by fast – stripping on the swing through likely holding water. Turns out, I discovered there is a lot more holding water than fish.

The river was actually very cool in character with open, braided sections gradually giving way to a Jungle box canyon as you head further upstream. Lined by forests that seemingly go on forever, full of life and sounds that seem as foreign as the local culture. I had to stop and look around on several occasions to remind myself that regardless of the condition and situation, this was truly an experience unlike any I before.

The first day was saved in the last hour by a small fish that just couldn’t help swimming into 10” of bird fur and mammal hair. I don’t think I did anything different on that cast or retrieve than I had on the previous 2,359 that day! Still, the sight of bright yellow leaping through the dirty water in a canyon that required us to cast a good 20-30” above the water was a moment that made the day seem all right.

The group’s spirits were high that night as one boat had a good day, one boat lost some nice fish, and we saw a few fish in bad conditions. Surely this was the bottom and things were only going to get better. It started to rain around dinnertime and did not stop for a couple of days!

Normally, I’m not one to become overly concerned with rain and changing conditions. I always tell people that you just have to make the best of it and enjoy the moment. I recall lying in bed that night, vaporizing the last of my e-cigs as my dad snored next to me and my Ambien starting working it’s magic; thinking to myself that I don’t know if I’ve ever seen rain like this! It was constant and heavy to the point that I needed earplugs to drown out the noise of rain pelting our tent and deck through the night. Needless to say, the river came up that night and instead of looking just dirty, now it was dirty, raging, and full of full-grown trees racing past our camp.

You can really judge an operation and the quality of its people by their ability to improvise in a way that seems to be the natural flow of things. The staff was great, the guides were obviously frustrated, and the local kids went on their day as if time didn’t really exist - plinking cans with rudimentary bow and arrows and chasing each other around the camp. Slow internet and the persistent thumping of raindrop after raindrop on the thatched roof of the main building eventually began to take me back to moments of my youth when wrestling matches turned into opportunities to torture each other by pinning down your opponents’ arms while steadily thumping them on the forehead until they ultimately broke. Yeah, it was bad. The Secure Staff was about as good as it gets, by the way.

I tried to break up the monotony a few times by heading out with camera for some nature shots only to be greeted by slippery mud, hiding insects, and instantaneous fogging of the lens. I finally settled on some crappy mushroom pictures and headed back with the hope of discovering just one more e-cig or pack of Nicorette in my luggage. What an awful feeling that was to realize that my closest pack of cigarettes was something like a 10-day boat ride downriver! Day two finally went away thanks to the setting of the sun and a couple more Ambien to the mix.

The rain didn’t really stop; it just became less persistent over the next day. If one looked at the river, it was easy to think it was improving, as it seemed to be decreasing in level according to a small section of the bank I had been watching. Actually, the truth is that that bank was eroding away as I watched and thus that little section was getting wider rather than the river getting lower. I didn’t really realize that until the last day as we headed out of that god-forsaken valley of darkness!

We did fish on day three though and even hooked some fish. My partner for the day was this very young kid that just happens to have mad skills in the area of fly-fishing and drinking Fanta. He had a few minutes in the day which could be described as epic with 15-20 pound fish jumping all over the place in scenes that could only be described as frantically chaotic. To his credit though, he got it done and looked good doing it. Unfortunately, one or two too many Orange Fantas at lunch kind of pushed his energy level over the tipping point and the idea of whacking grass with a machete seemed more fun than fishing in the Bolivian rain forest that afternoon.

His lack of effort in the waning hours allowed me the first shot through prime waters where I missed fish lined up in the blackness of water next to the bank. Regardless of what anyone says, it is very hard to effectively strip-set an upstream cast streamer with 4’ of line out.

As the clouds finally gave way to the sun late that afternoon, I began to question my decision to go with the wader option that morning. I felt like I was wrapped in Saran Wrap covered in Aluminum foil, lying in the middle of a 10-acre parking lot at the bottom of Death Valley. I was hot. Our local guides start whistling and hooping, walking faster and picking up sticks about the point in the day at which I truly thought I was going to melt. The point of distraction was a tiny black dot about a mile ahead of us, in the middle of the river. Turns out it was a Tapir crossing the river (a rare sighting) and they had hopes of spearing it with a stick. The Tapir made its steady retreat and the locals looked longingly into the jungle as it disappeared.

About that time, I noticed something yellow in the water ahead of me. Just a tail sticking out, leisurely going back and forth. I made a perfect cast -no surprise there- the fish charged and grabbed the fly with so much force that I nearly lost the rod. The tension was gone as soon as it began and I lamented the miles of walking back to the boat that were about to begin. I threw the fly back in more out of frustration than anticipation -another perfect cast by the way- and again tension was felt but the pressure stuck and I came tight to 8-12 pounds of leaping Golden Dorado in the jungles of Bolivia.

Amazing how a moment like that can so easily erase a day full of tedious misery! I remember walking back after landing that fish and thinking that I was really happy that the weather was improving. I thought about the uniqueness of our encounter with the Tapir and felt grateful to have lived that day on that piece of water. I appreciated Captain Fanta’s display of angling perfection in the early moments of the day with both respect and even a touch of envy. I was happy. I wonder how I would have felt if that fish didn’t eat the fly the second time?

What happens next is really a whole ‘nother story. The long and short of it is that this was on Father’s Day and my father was fishing with one of my buddies lower on the river. My dad kind of likes to hit it hard for an hour or two, catch 100 fish, and then go back and be smoking cigars and sipping cocktails by 2 pm. So, I was pretty amazed when I came around a corner in the river about 5:30 pm and there he is, pounding 70 footer after 70 footer out across the river. I caught up to him with some enthusiasm in my step and asked him how his day was. He said something to the effect of “Son, you can’t even begin to imagine how shitty my day was!” Turns out that they had a slow start to the day thanks to a broken boat motor and some “soft” river bottom that my dad somehow got sucked into. It took a few hours for three guys to dig him out of the mud. Turns out that my friend did capture the more entertaining moments of the extraction on video and I now have a truly entertaining video at my disposal whenever the mood strikes me. My buddy assured me that he didn’t start videoing until they were certain that my dad wasn’t going to drown or have a heart attack!

Our way too long of a stay on the Secure River came to an end the following morning as we made our preparations for the move to the next camp. I think we actually, no – Captain Fanta went out and banged another Dorado out that morning just before we headed back to the little village with the airstrip. I spent most of the morning wishing there was a breeze and/or air-conditioning.

We sat upon the benches as the planes arrived with a load of fresh dudes for the camp. I recalled how I felt just a few days before and decided that I would tell the new guys that the fishing was getting better, the guides were great, and I hope that they have a great time. I would not wear a buff or look like I wanted nothing to do with them, I’m better than that.

Things happened quickly and I was told to head to the plane right away, so I never had the chance to share some kind word with the new arrivals. Instead, I hear one of the yell my name across the landing strip followed by a taunt that went something like “the Bobcats Suck!” I knew that he was referring to the Montana State University Bobcats and my natural instinct was to yell at him to “Eat Me” as I flipped him the bird and ducked into my position of co-pilot on the rapidly departing plane. So much for kind words.

Back to Blog Articles

Other Blog Articles You May Enjoy

Having Fun in the Yard

The weather the last couple of days has been "out of this world" nice here in Southwest Montana. Family duties have called me in other directions though as we... 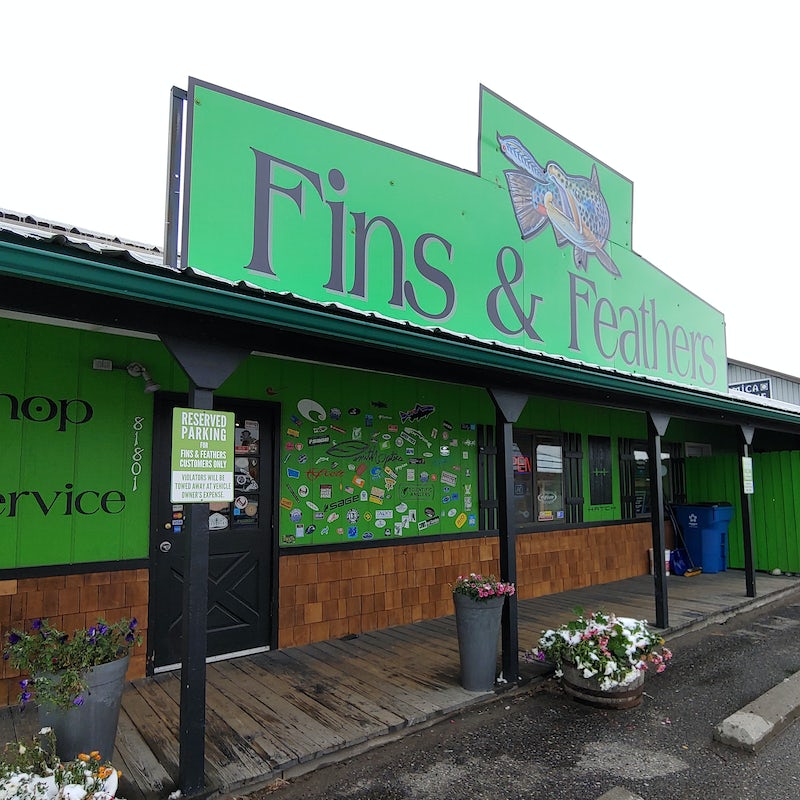 Happy Holidays all! We have felt incredibly lucky to be part of your fly fishing experience this year and can't wait to be a part of that journey in years... 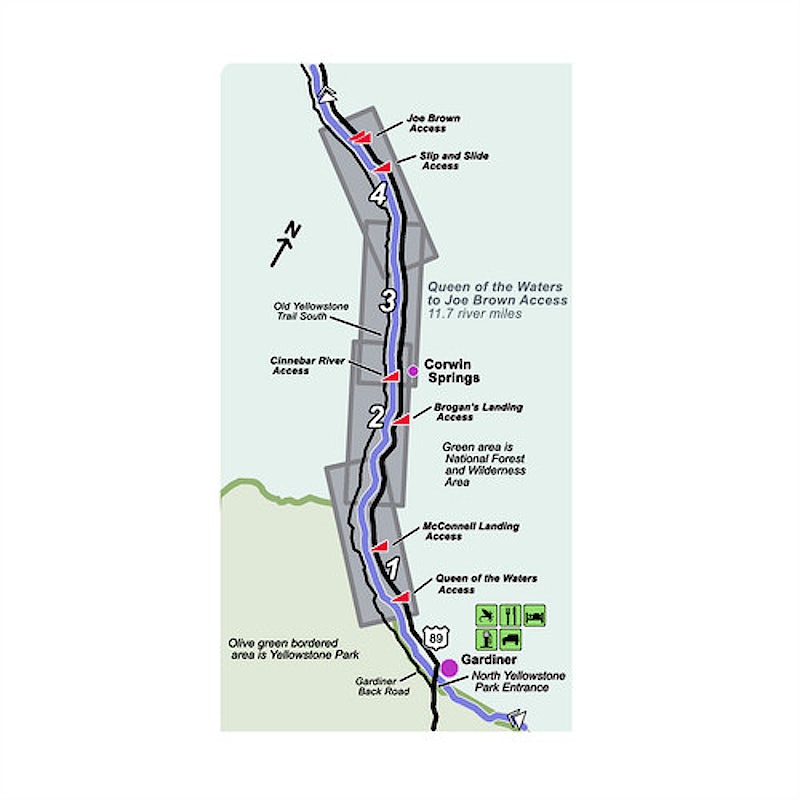 Fly Fishing The Yellowstone from YNP to Yankee Jim Canyon

The Yellowstone River has a great reputation as being one of the best rivers to float in the world. Sometimes it feels like almost everything a person reads about fishing...